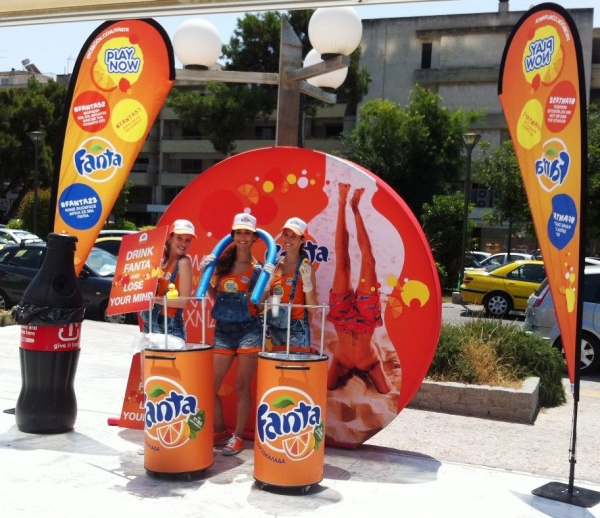 The “Play Now” initiative, designed, planned and executed by MSPS, takes place all around Greece starting June 2014 and running until the end of September.

A series of events invites Fanta fans to exciting interactive experiences they can share with their friends while enjoying an ice cold Fanta!

MSPS through the “Play Now” and “100 Must-Dos Before You Grow Up” events motivates consumers to post and share their funniest photos using their favourite Fanta hashtags.

The events take place in various points in the Attiki, Thessaloniki and Achaia areas.