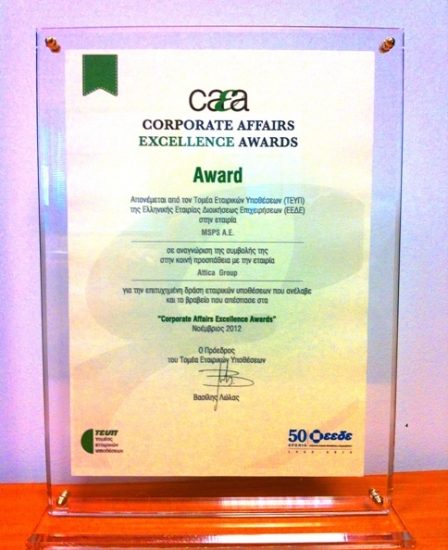 MSPS (Greece) Corporate Affairs has been awarded with the Corporate Affairs Excellence Award under the category “Low Budget Program” during this year’s top communications event organized for the first time by the Hellenic Management Association.

The award was a result of the CSR action designed and executed by MSPS on behalf of Blue Star Ferries entitled “Traditional Occupations”, which aims at reviving and preserving traditional occupations and arts that are continuously facing the danger of extinction.

For the past year and a half, a series of occupations and arts that are found in the Greek islands have been introduced through personal testimonials on the official website of Blue Star Ferries www.bluestarferries.gr promoting the role of local societies and the vitality of protecting our national heritage.

13 awards won by MSPS at the