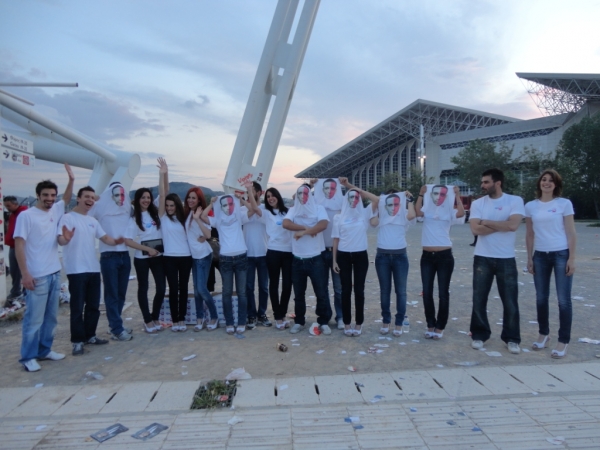 MSPS Greece, organized for brand OTE TV, on April the 28th , promotions in OAKA for the Greek Final Cup 2012 between Atromitos and Olympiakos, under the live broadcast of the game from OTE TV’s television service.

With a promotional group of 30 people, we played a funny game with the fans, who via an android application had a chance to win one of 1000 tailor made t-shirts OTE TV.

The big surprise of the evening were the 4 superlucky fans who were chosen randomly based on their ticket number and  won a surprise gift from OTE TV.

Protagonists of the Greek Economy